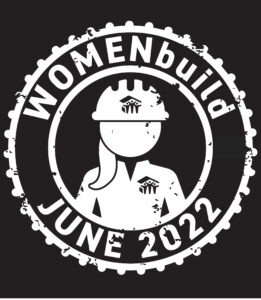 Thanks to Wells Fargo and it’s employees for helping to make the work possible!!
#wellsfargobuilds 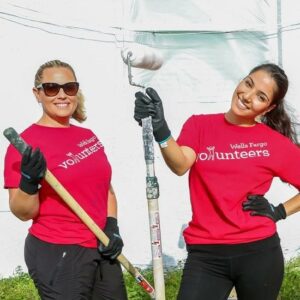 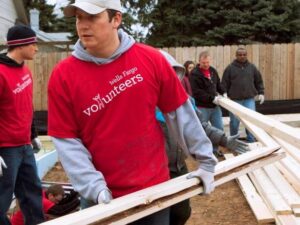 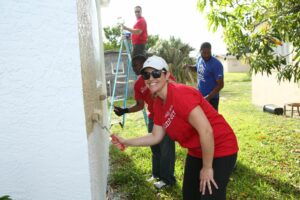 We are pleased to welcome to Cleveland County 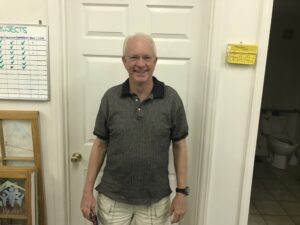 Our newest Habitat for Humanity Board member, Richard has been volunteering with us since moving to Shelby. 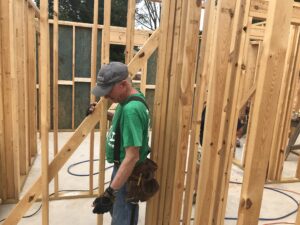 He is a retired Presbyterian minister from Americus Georgia where he served for many years on their board and on the construction crew. 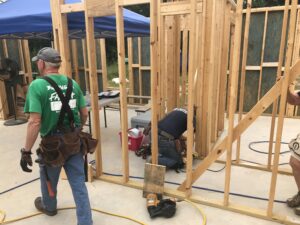 We are so grateful her his friendship, volunteer, and service oriented spirit. 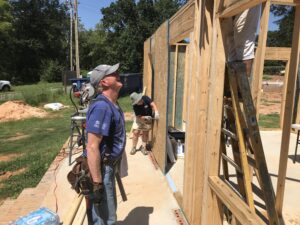 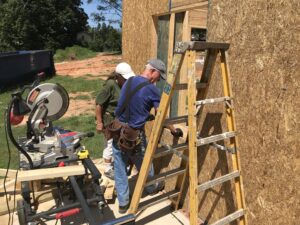 We look forward to working and serving alongside him.

Working towards a world where everyone has a decent place to live, EVERY financial contribution, EVERY volunteer hour and EVERY ReStore purchase or donation makes a difference in what we do. Habitat supporters are the source of all the good we do. Because of friends and partners like you, families have more stability, children have a brighter future and our communities are stronger. Thank you for making a powerful difference to those who need it the most. Habitat homeowners help build their homes alongside dedicated volunteers and pay an affordable mortgage. Your support and dedication to our mission have enabled us to build new homes and serve 3 more families to purchase well built, decent, safe, and affordable homes so they can build a better future for themselves and their family.

At Habitat for Humanity of Cleveland County, it takes EVERY heart, and EVERY hand to build EVERY home.

Providing comfort in Difficult Times- Habitat is not a crisis organization, instead our program is designed to be a long-term solution. Our homeowners work for many months to earn the opportunity to build their own homes where they can protect their family during a crisis. So, in this troublesome time, how has Habitat met the needs of the community?  By continuing to do what we do best…...

Build houses that provide safety and security for their family. Our construction adheres to CDC guidelines for distancing and safety. Habitat completed two homes in the spring of 2020. We have three houses ready to start work on and we will slowly get volunteers and groups involved. We worked with  homeowners with their mortgage payments because of loss of employment during COVID-19 crisis.

We celebrate God's goodness in 2019-20 with our friendships, partnerships, and the wonderful sense of gratitude for everyone that contributes to making “A world where everyone has a decent place to live.”

We look forward to another exciting and challenging year for Habitat for Humanity of Cleveland County. 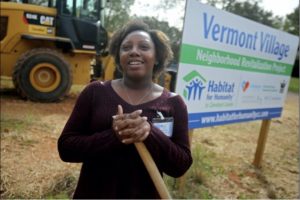 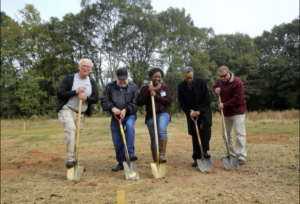 A 29-year-old single mother looks forward to the day in the not-too-distant future when she and her daughter will have a home of their own in Shelby.

Erika Clemmons and her daughter, Kamana, currently live in an apartment with Erika’s mother. But with help from Habitat for Humanity of Cleveland County, Clemmons will soon own her own house.

“This will be a new adventure for us,” Clemmons said. ”(Kamana) is very excited about her own room and having a playroom and having outdoor play. Where we live, in an apartment, we don’t have a lot of space to play and ride bikes.”

The new home is one of five that will be built in Habitat for Humanity’s Vermont Village, a new venture in Shelby on Vermont Street.

Clemmons keeps busy as a single mother, a full-time student in Cleveland Community College’s nursing program, and through work at two part-time jobs.

Like all Habitat for Humanity homeowners, Clemmons will put in 200 hours of sweat equity toward her home and other Habitat homes. She is also taking financial classes and plans to volunteer in the Habitat ReStore.

Most of the land was purchased by Habitat for Humanity Cleveland County last year. The city of Shelby installed water and sewer lines to the property earlier this year and will donate a parcel of land for the fifth home.

Habitat for Humanity of Cleveland County Executive Director Burney Drake said the new project will meet a need in the community for affordable housing.

Habitat is in the process of selecting its second homeowner at the Vermont Village. Officials with the organization hope to complete the first two homes in 2019.

The plan is to build and complete two more homes in 2020 and finish with the final home in 2021.

Habitat was initially only going to build two homes with septic tanks on the property, but Habitat contractor Will Rucker suggested doing more.

“We were going to build two houses and then Will said, ‘Why don’t we think big?’” Drake said.

The idea sparked a partnership with the city of Shelby for the water and sewer necessary to build several homes.

Habitat for Humanity relies on volunteers to help build their homes, which allows them to sell to homeowners at affordable rates.

For Clemmons, the help from Habitat for Humanity has been a life-changing experience.

“I’m very nervous, but I’m very excited,” she said. “There’s a lot of new challenges I’ll be faced with, but I’m ready for them. I feel like God has moved me in this direction for a reason.” 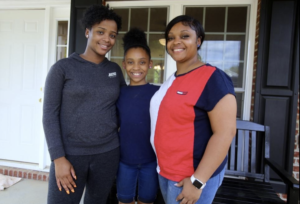 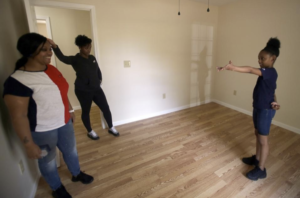 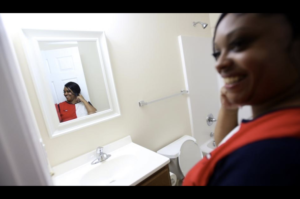 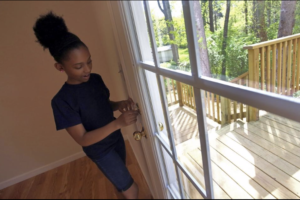 The phrase “God bless my home” is written on the frame of a brand new house on South Hampton Street.

Though the words are now covered by the interior and exterior walls, homeowner Shumicka Phillips knows they are there. She knows because she wrote the words and helped cut the wooden frame herself.

Phillips is now preparing to move into the home she helped build through Habitat for Humanity.

“It seems unreal,” she said. “It’s something you can really call home, something that really belongs to you.”

Phillips is a mother of four, with two school-aged children who still live with her. She learned about Habitat for Humanity through a friend and started the process around one year ago.

Homeowners who buy Habitat houses must either work on homes while they are being built or work in the Habitat Restore, putting in a total of 200 hours of sweat equity per adult.

Phillips’ first day building was the organization’s Women’s Build Day, where she worked alongside 20 other volunteers and inscribed the message on the frame they built together.

Since the start of construction, more than 100 volunteers have helped make her new home a reality.

“Good people is hard to come by,” Phillips said. “They didn’t know nothing about me, they never met me or anything, but they just jumped in to start helping out.”

Phillips’ home, the 28th house built for the local Habitat chapter, is a unique one.

It was built as part of a challenge by the State Employees Credit Union Foundation to build 100 Habitat homes, with one in each of North Carolina’s 100 counties.

But the endgame was the same, which was to build affordable housing for a local family, according to Habitat for Humanity Cleveland County Executive Director Burney Drake.

“She’s been a good homeowner, and she’s got a good family,” Drake said. “This will give them a new start. Every family’s got a story, and this changes their lives but it changes generations.”

Phillips’ daughters, Tykeria Ussery and Zariyah Borders, are excited to each have their own rooms.

Both said their mom deserved a home to call her own for all she has done for the family.

Ussery, the elder of the two live-at-home daughters, recalls putting in her own sweat equity to the house she’ll now call home.

“I was tired, but it was an experiment and I had fun with everybody,” she said. “Most importantly, I just want to thank God overall because if it wasn’t for Him, we wouldn’t have anything.”

Rain during the construction process delayed Phillips’ home by about three months.

The last of the work was wrapping up ahead of the weekend, with a dedication of the home set to take place Sunday.

The latest house is located next door to Habitat for Humanity Cleveland County’s 25th home in the county. The organization now has its sights set on another area of Shelby.

Last year, ground was officially broken on the chapter’s next project on Vermont Street. The organization plans to build five new homes in the area they are calling the Vermont Village.